Blake Lively and her ex Penn Badgley were on the Gossip Girl set yesterday, and shared a hug as they rehearsed and then filmed a scene for the show. It was Penn's 24th birthday yesterday and castmates Ed Westwick and Chace Crawford got in on the fun as a cake with sparklers in it was brought out for the birthday boy. Blake and Penn also paid lots of attention to an adorable four-legged friend. Rumours of a new romance for Blake with Ryan Gosling were shot down after they were spotted together. John Legend was also spotted on set yesterday, and the fourth series is currently airing on ITV2! 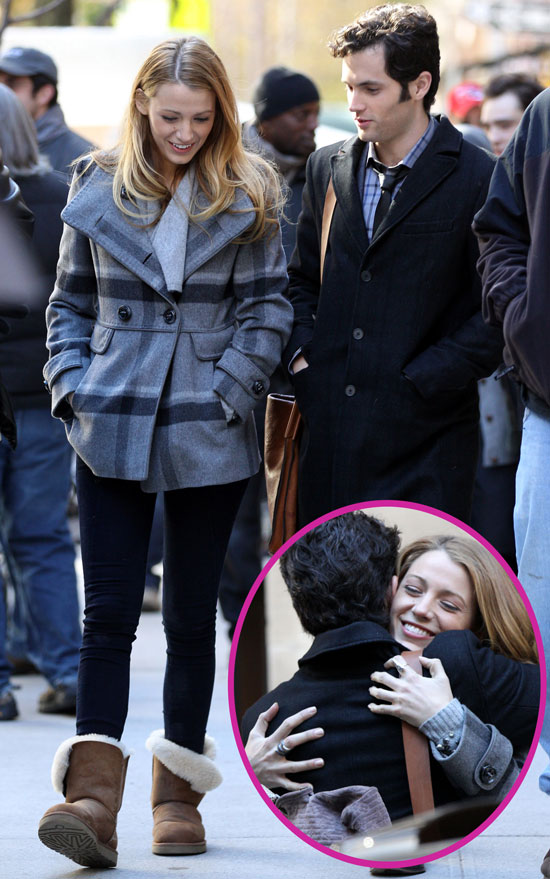 To see more photos of the cast on set, including Ed, Chace and an adorable dog, just read more.