Michelle Williams and Ryan Gosling cosied up for a Blue Valentine screening in New York last night, after one in LA on Thursday night which Jake Gyllenhaal attended. He's now in Australia, but the movie's stars Ryan and Michelle caught up with their onscreen daughter and the film's director and producer at the screening hosted by Robert De Niro. Ryan has said that the decision made by the MPAA to rate the film NC-17 is misogynistic, and after seeing the film at the London Film Festival I definitely think this film deserves a wider audience than this very limiting rating would give it in the US. All involved in the project are campaigning to get this changed, and stars are showing support, including Robert, Jake and Kate Winslet. 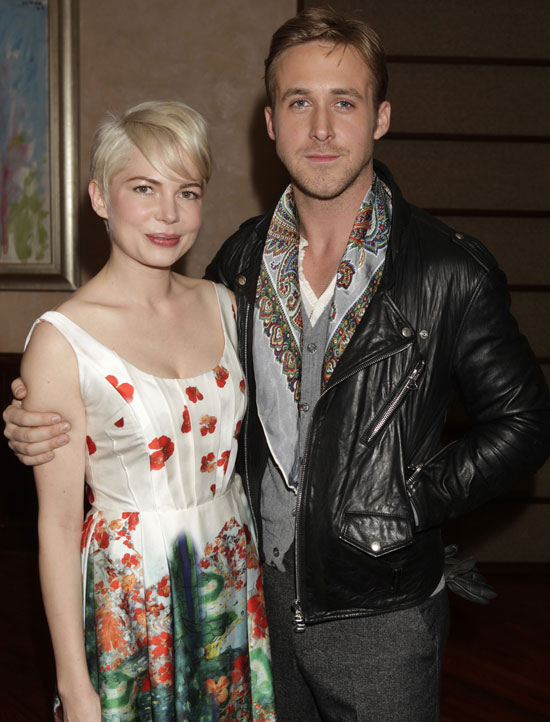