Famous fathers are entering battle, as the shortlist for the Bounty Celebrity Dad of the Year Award has been announced. The competition celebrates dads who balance a career and parenting, and the public vote over the next month to crown the winner in time for Father's Day. The award pits a number of friends and rivals against each other, including Take That band mates Mark Owen and Gary Barlow, politicians David Cameron and Gordon Brown, and footballers Wayne Rooney and Steven Gerrard. Kym Marsh won Bounty's Celeb Mum Award last year. See the full list of 15 nominees after the jump, and tell me who's your favourite. 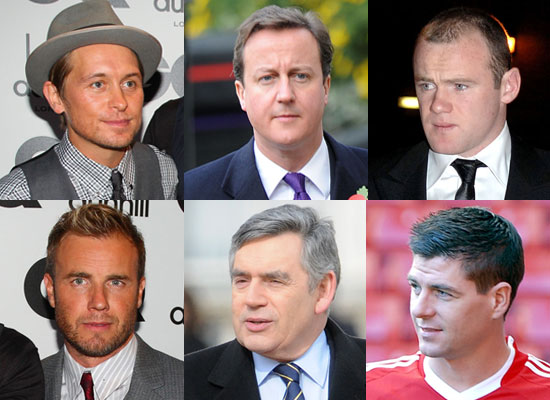 To see the full list of nominees, just read more.