Brad Pitt looked gorgeous in double denim as he visited New Orleans yesterday. He's in the city five years after Hurricane Katrina, and following his passionate speech in Spike Lee's new documentary, he gave an interview to Brian Williams for Meet The Press. Brad toured one of the 50 eco-friendly homes that has been built so far out of the 150 planned as part of his Make It Right campaign. Angelina Jolie was also spotted in New Orleans yesterday, leaving her house and heading for the airport. She's had a busy week, with a visit to Sarajevo, news of her directorial debut, and reports about a new film role. 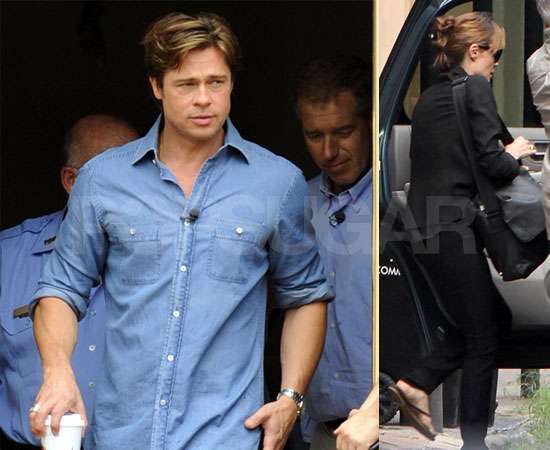