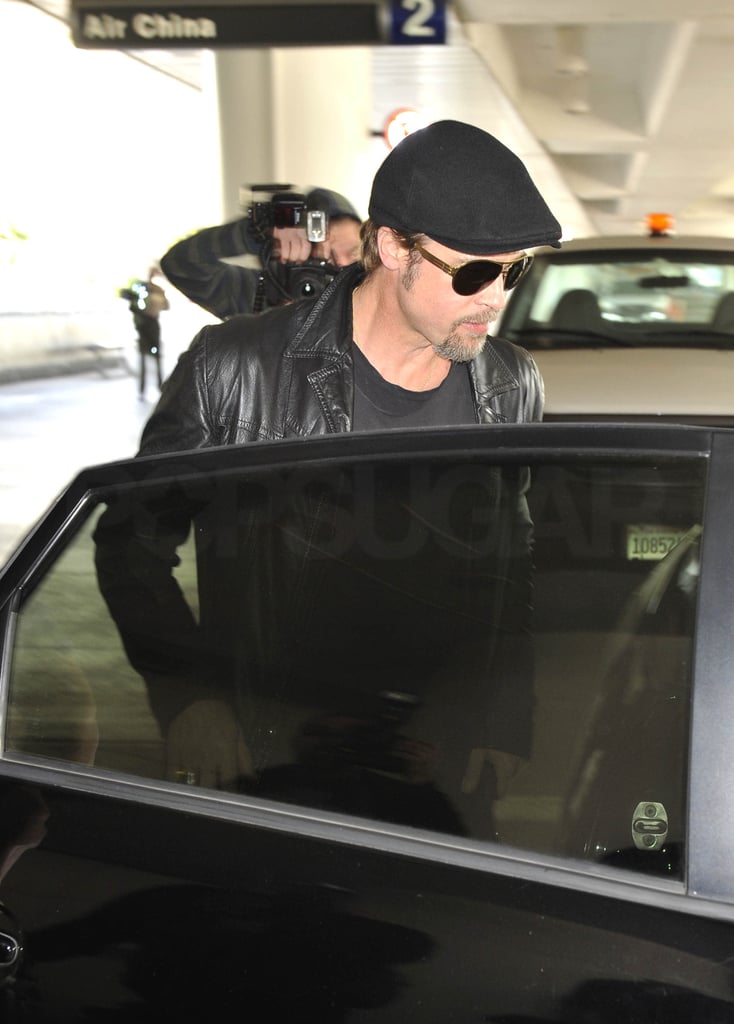 Brad Pitt touched down in LA on Saturday after spending some time in abroad reportedly checking out his new family home in France. His Golden Globes red carpet appearance could be his only award season appearance with Angelina — why not look back at when she was front and centre at every event. He arrived in time to watch this weekend's Super Bowl on TV, and last year he and Angelina took Maddox to watch the game live. Brad is one of the famous faces that popped up in Super Bowl ads of the past.

Andra Day
As Much as We Wish It Were True, Andra Day and Brad Pitt Are Not Dating
by Monica Sisavat 28/6/21

Celebrity Interviews
Jennifer Aniston Lists Brad Pitt as One of Her Favourite Friends Guest Stars: "[He] Was Wonderful"
by Monica Sisavat 25/5/21