Brad Pitt joined Tina Fey, Ben Stiller and their animated counterparts at the New York premiere of his new movie Megamind last night. Brad wasn't present at Comic-Con earlier this year to promote the film, but Tina clutched a cardboard cut out of him and said he's her celeb crush. Brad, Pax and Maddox flew in from Budapest where Angelina Jolie is still filming, and Brad spilled some info about their Halloween where he dressed "sort of" as a bunny. 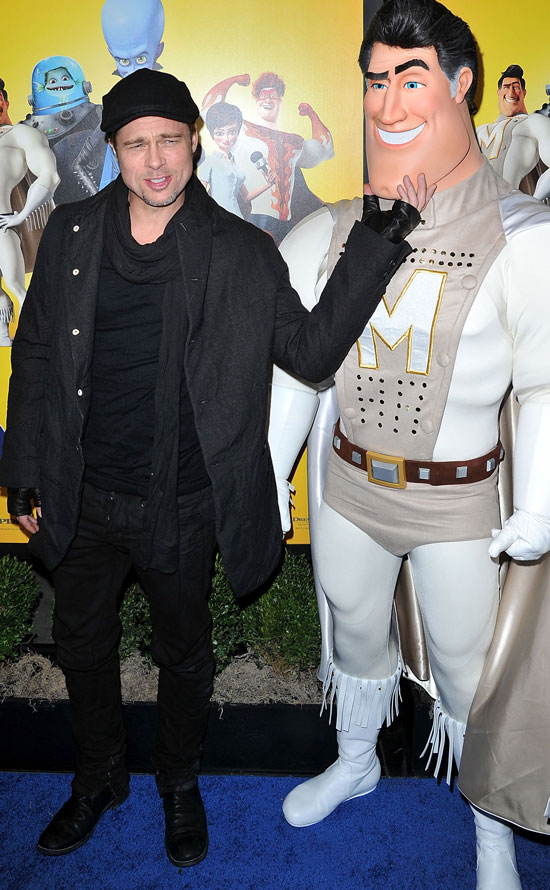