Brad Pitt drove a car as he filmed scenes for Moneyball in San Pedro yesterday. We've seen him in other forms of transport while shooting his latest movie, and he's also moved around the set in a golf buggy. In keeping with the sports-themed film, Brad also signed a baseball for a charity auction. While Brad's been on the West Coast, Angelina Jolie has been travelling the world. After her humanitarian trip to Pakistan, Angelina took Zahara and Shiloh to Budapest, arriving back in LA at the weekend to reunite with the rest of the family. 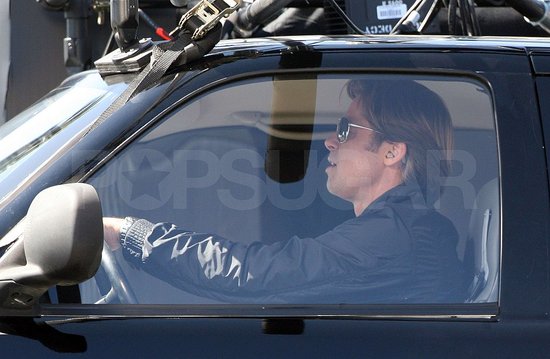