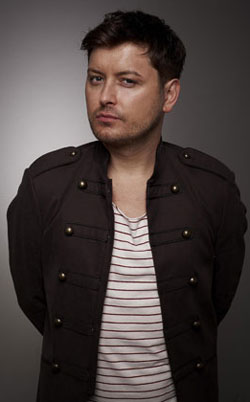 Big Brother 2 winner Brian Dowling has done the double, by winning Ultimate Big Brother tonight. There were seven housemates in the final, and the majority of you wanted Brian to win. He received 49% of the public vote, and you guys also voted him your favourite ever winner. Nikki Grahame came second, and Chantelle Houghton came third.

In the first part of the show this evening, we saw Ulrika Jonsson evicted first, followed by Preston, Nick Bateman and then Victor Ebuwa. We were also treated to Dermot O'Leary's dinner with former contestants, and Davina McCall's send off. Loads of housemates from over the years were in the studio, and you can take a trip down memory lane by playing my faceoff game which asks: who would you rather live with? Stay tuned for all the pictures from the finale. Congrats Brian!