Britney Spears wore a tiny yellow string bikini as she hit the beach with a shirtless Jason Trawick in Hawaii yesterday. She's sporting a different look on the cover of Pop Magazine, which she's so excited to show the world. In the magazine Britney talks about the possibility of a collaboration with Lady GaGa, and reveals the inspiration behind the shoot. The pop princess is taking a well-deserved break after her time spent in the recording studio and her appearance on Glee. Rumours suggest she might even return for another cameo on the show. 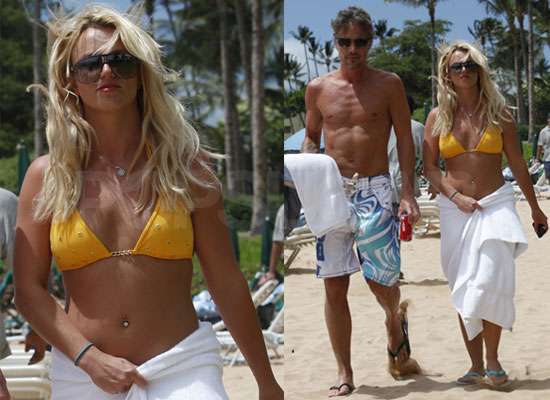