Cameron Diaz waved to fans during a photo call for The Green Hornet in Rome today. She's been promoting the film alongside costar Seth Rogen with stops in Madrid and most recently Berlin, where she also had time to do dinner with friends. Cameron kicked off the press tour after spending a bikini-filled few days in Miami with Alex Rodriguez, though apparently their sexy trip doesn't mean the two are back together. He was apparently spotted getting cozy with Real Housewives of New York star Kelly Bensimon over the weekend while Cameron was busy overseas. 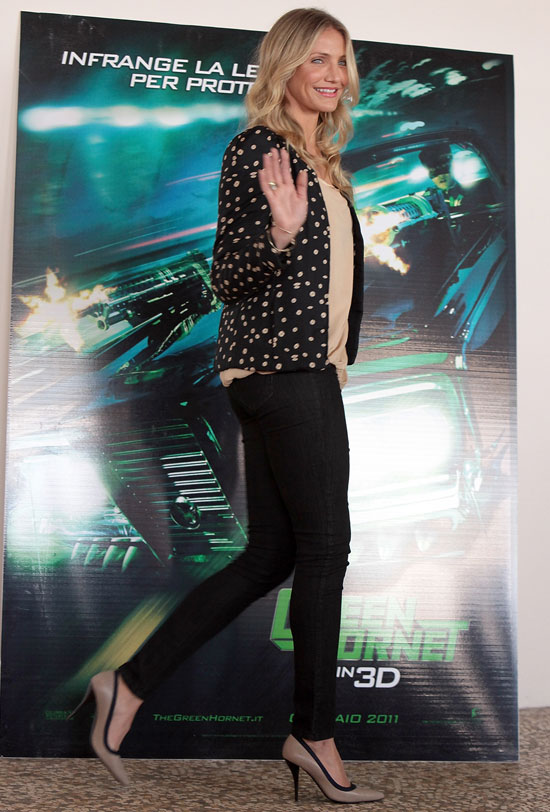 More of Cameron and the cast so read more