Cameron Diaz joined up with Green Hornet costars Seth Rogen and Jay Chou for a photo call in Madrid, Spain yesterday. She's back to work after enjoying a relaxing and bikini-filled Thanksgiving with on-again boyfriend Alex Rodriguez. The pair spent a cozy afternoon together on a yacht in Miami before jetting off to Mexico, where they continued working on their tans and even shared a sexy outdoor shower. Cameron's rolling solo for her trip to Spain, but she had Christoph Waltz, who's also in her new movie, for company at dinner last night. Their high intensity superhero adventure is set for a mid-Jan. release, while her last action film, Knight and Day, was just released on DVD and could make a for perfect stocking stuffer. 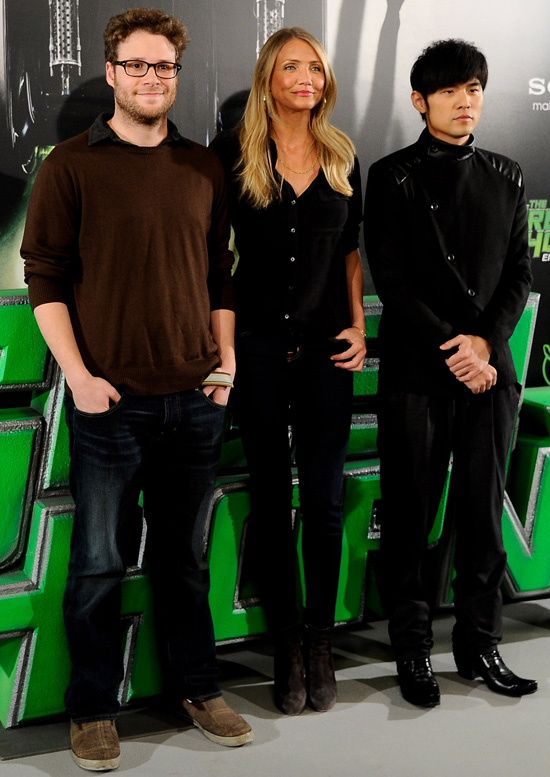 Space Jam 2
LeBron James Put Family (On and Off Screen) First at the Space Jam: A New Legacy Premiere
by Grayson Gilcrease 1 week ago