Carey Mulligan had the company of The Social Network's Jesse Eisenberg and Andrew Garfield on Friday at a roundtable discussion for young actors, sponsored by the LA Times, during the AFI Film Festival. It was her second film event in a row, following her night out on Thursday toasting Michael Sheen at the Britannia Awards. Jesse and Andrew attended without their costar Justin Timberlake, who's been busy shooting his project Now — he's also front and centre in the new Friends With Benefits trailer. Brits Andrew and Carey, meanwhile, reunited after doing a press tour for their movie Never Let Me Go. They, along with Jesse, spoke about their work and shared tips on navigating fame at a young age. They said: 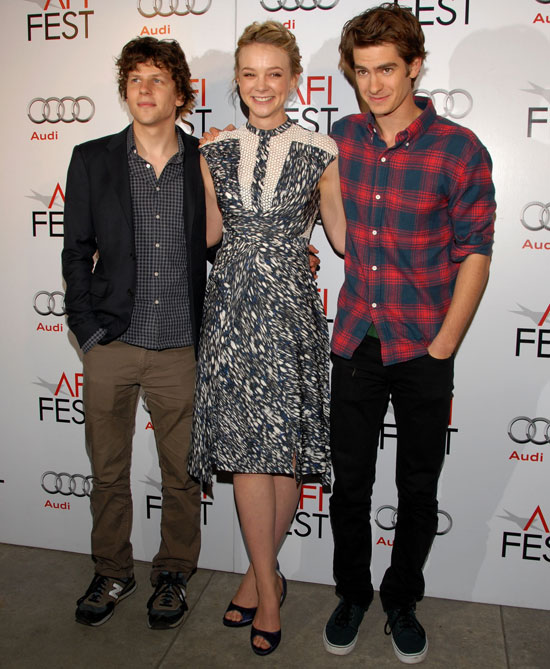 To see more of the actors, just read more.