Andrew Garfield suited up to accompany his costars Carey Mulligan and Keira Knightley in Leicester Square last night for the Never Let Me Go premiere which was also the opening gala for the London Film Festival. Carey wore Vionnet and Keira wore Chanel, showing they can do red carpet glamour as well as they did daytime chic at the press conference earlier in the day. Bella UK wants to know which of Carey's hairstyles you prefer. Both Andrew and Carey have just finished promotional duties for other movies — The Social Network, and Wall Street: Money Never Sleeps. The trio's project received great reviews on its limited release in the States, though it's not slated for release in the UK until Feb. 11. 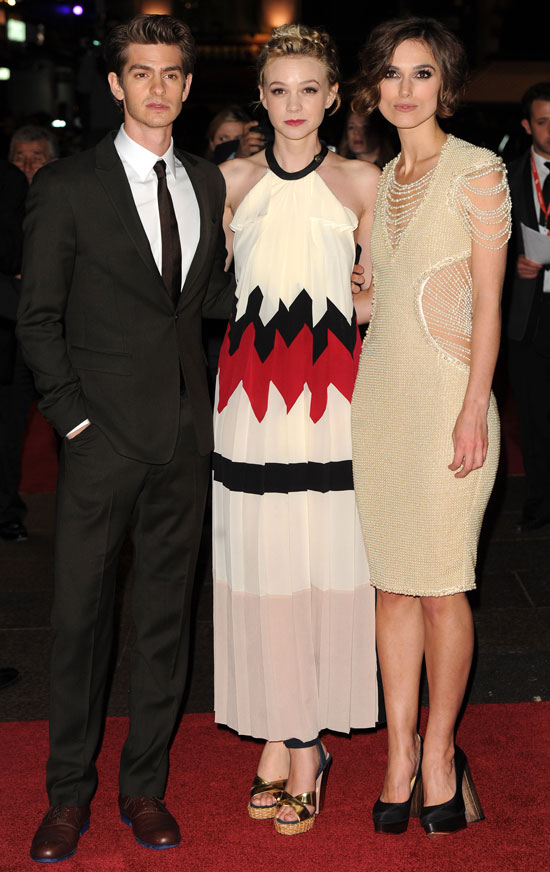