After promoting at the Toronto Film Festival, Carey Mulligan and new Spider-Man Andrew Garfield stayed close at a screening of Never Let Me Go in New York last night. Vogue US cover girl Carey wore a black Elie Saab dress: FabUK wants to know do you love or hate her look? They were joined by director Mark Romanek, but costar Keria Knightley wasn't there as she's been busy filming ads in Paris. We'll get to see all three stars on our home turf next month, when the film opens the London Film Festival. They shot the movie in the English countryside last year, and the trailer has whet my appetite for its January 2011 UK release. 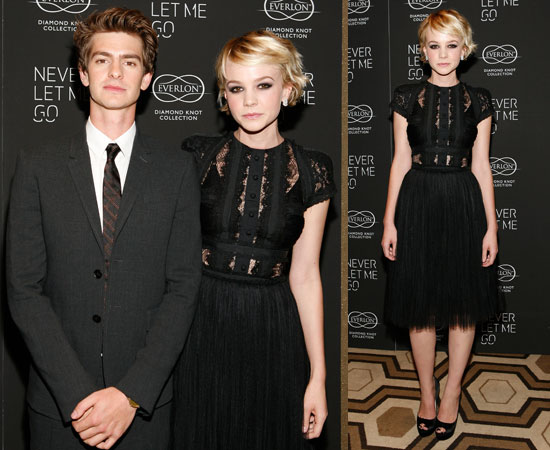