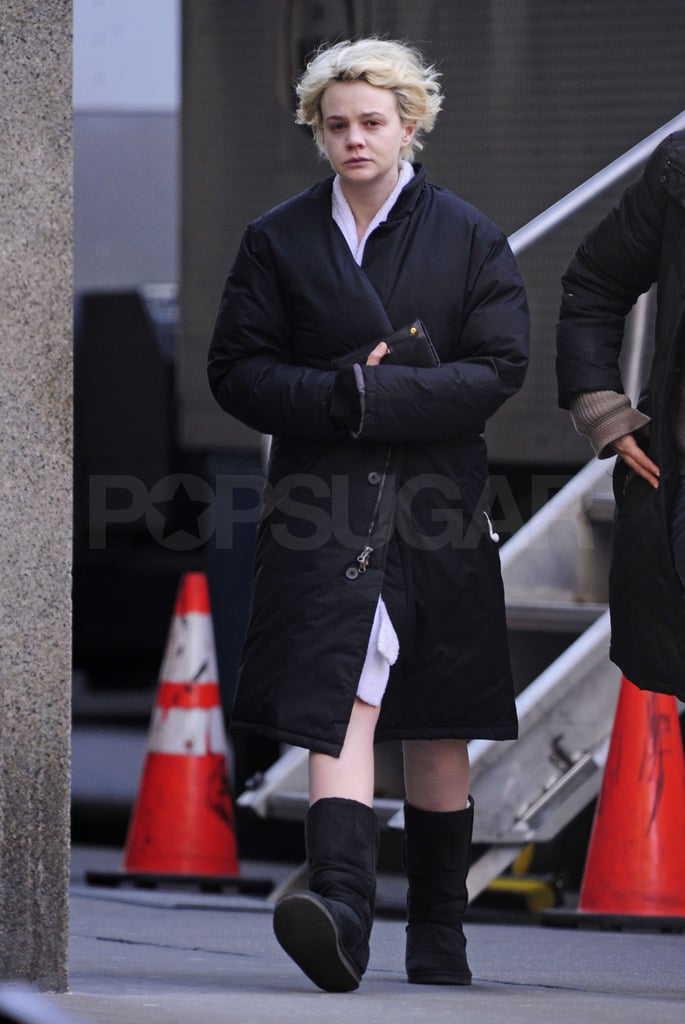 Carey Mulligan wore pale makeup on the set of her new movie Shame in New York City this weekend. She's starring as Michael Fassbender's sister in the film, and will reportedly shoot for six weeks in NYC in time for a cinema release at the end of the year. The actress will be staying on in the Big Apple for a stint in off-Broadway play Through a Glass Darkly in the Spring. She's been enjoying nights out with the Gyllenhaals and daytime strolls with her rumoured boyfriend Eddie Redmayne during her stay in the city. Come August, Carey will leave the States and jet to Sydney to film Baz Luhrmann's version of The Great Gatsby opposite Leonard DiCaprio. Her next leading man could then be Colin Firth in My Fair Lady.