Carey Mulligan spoke exclusively to Elle magazine, and looks chic as ever on the January issue's cover. Take a look behind the scenes at her shoot! She maintains that she believes in love at first sight, hates her distinctive short hair, and reveals that her BAFTA award is "under a pile of jumpers in a cupboard", and speaks a little about Never Let Me Go, which is released on Feb. 11. Here are some excerpts from her interview in which she talks about her ex Shia LaBeouf, her image, and Hollywood: 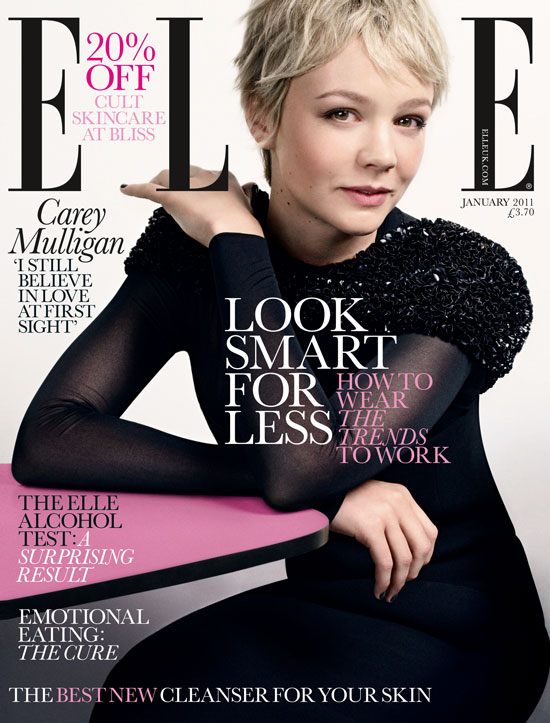 To read her thoughts on sexiness, Botox, Warren Beatty and her competitive streak, just read more.

You can read the rest of Carey's interview in Elle magazine's January issue, out now!