Ryan Gosling was all covered in blood as he filmed scenes for Drive with Carey Mulligan in California yesterday. Carey's back on set in the US after travelling to the UK for Never Let Me Go's press conference and premiere at the London Film Festival. Ryan didn't make the trip across the pond for Blue Valentine, although Michelle Williams did attend the premiere. Carey reportedly plans to spend more time back home following her split from Shia LaBeouf. 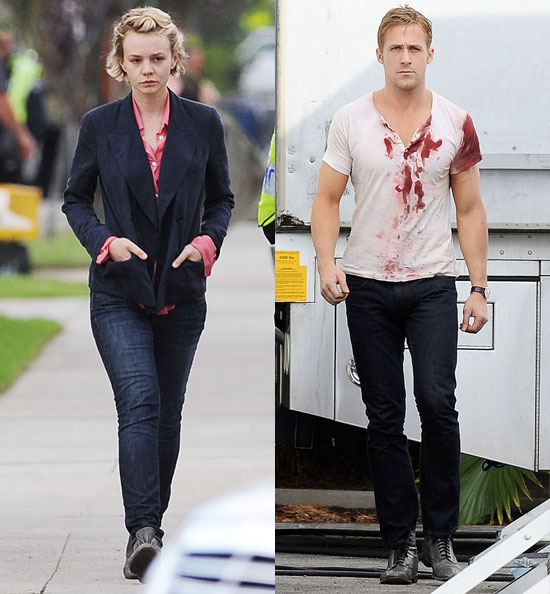