Catherine Tate appeared in character as Nan last night, to turn on the Christmas lights at Stella McCartney's London flagship store. Strictly Come Dancing contestants Patsy Kensit and Jo Wood attended, along with Jo's daughter Leah. Alison Mosshart wore a striking cardi-coat in the chilly weather for the event, which has been hosted in previous years by The Mighty Boosh, and also by Peter Kay with Sir Paul McCartney in 2008. Stella's heavily pregnant at the moment, so her sister Mary stepped in to represent her last night. 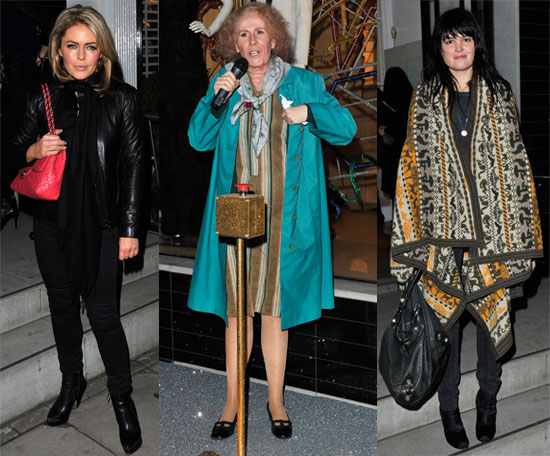