New York Fashion Week has come to a close, which means it's London's turn to step into the stylish spotlight! Elle Macpherson wore a sheer grey top to the Richard Sorger show, which was also attended by Amber Rose. Jamelia wore an LBD to the PPQ and Sass & Bide shows in the city, sitting near Danny Cipriani at the latter. Ashley Isham provided an outfit for Paloma Faith who sat with Noisettes singer Shingai Shinowa, and the pair were also inseparable at the PPQ show later that evening, where they both wore black. FabUK is bringing you all the news from the shows, and stay tuned for more from the front row as LFW continues! 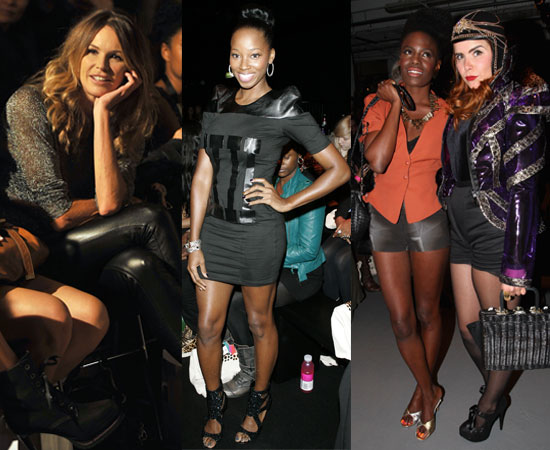