Matthew Williamson sat next to Jude Law in the front row at buddy Sienna Miller's Twenty8Twelve show yesterday, and today Sienna was spotted backstage at Matthew's London Fashion Week show, rocking some bright red lips. Daisy Lowe modelled for Vivienne Westwood, and her man Matt Smith was in the front row to watch her stride down the catwalk. Cat Deeley showed off her smile at Matthew Williamson's show and also sat next to Elle MacPherson at Julien Macdonald's collection, which Rachel Stevens took her growing baby bump there too! Stay tuned to FabUK for more info on the collections, and follow her on twitter for more goss and photos straight from the shows. 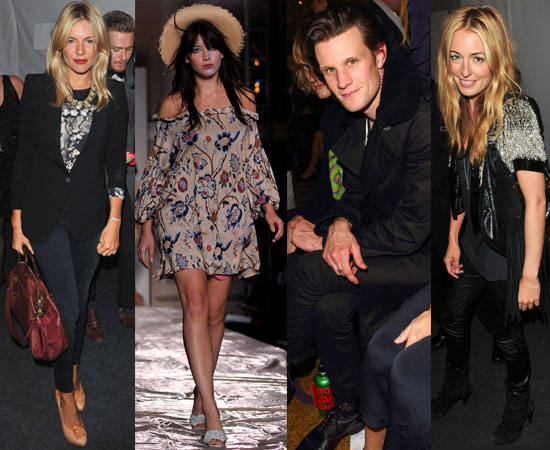 To see more photos of the celebs including Nicola Roberts and Pamela Anderson, just read more.