Celebrities flocked to the final shows of London Fashion Week yesterday. Paloma Faith, Jodie Harsh and Lady Victoria Hervey made an interesting trio at Ashish. Pregnant Rachel Stevens and Pixie Lott were at Jaeger, while Diana Vickers wore bright blue at Amanda Wakeley. Lily Allen kept warm in a big coat at the Issa show, before heading to Naomi Campbell's party in the evening. Poppy Delevigne was also at Issa, after attending the star-studded Burberry show where she chatted with BellaUK about her fashion and beauty secrets. 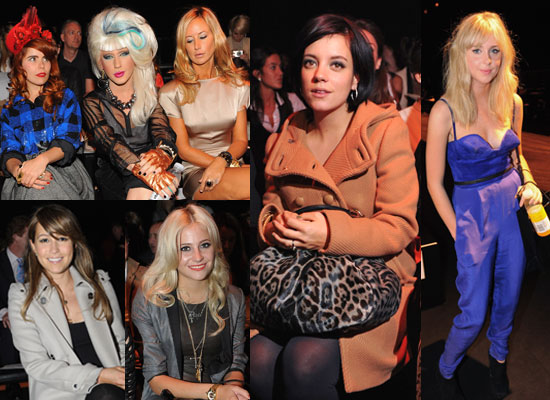 To see loads more pictures of all the celebs, including VV Brown, Olivia Inge, and Marina and the Diamonds, just read more.