Yesterday FabUK and BellaUK had another busy and exciting day at London Fashion Week, checking out the shows and meeting Olivia Palermo. They're already two shows down today, so keep following them on twitter. Olivia was at Matthew Williamson's show, while Sienna and Savannah Miller sat together in the front row — Sienna then left Battersea via helicopter. Get her front row style! Jaime Winstone was at Pam Hogg, while Kick-Ass actress Chloe Moretz looked grown up at the Love Magazine party, alongside Janice Dickinson who wore a gold dress. Daisy Lowe modeled for Vivienne Westwood and Pam Hogg yesterday, and left after the show wearing black with Jaime, and separately to her man Matt Smith. 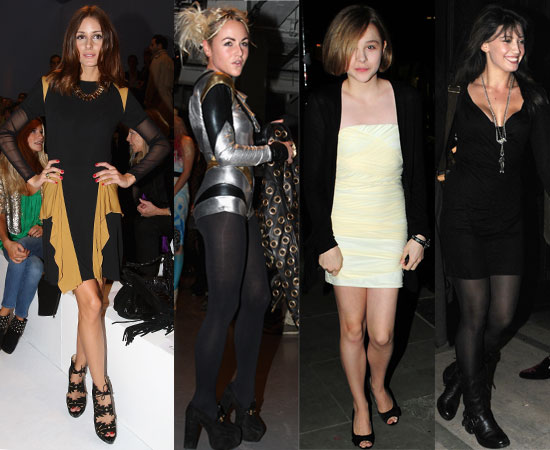