Famous faces were in the South of France for the F1 race in Monte Carlo as well as the Cannes Film Festival this weekend. Pharrell Williams hung out with Jennifer Lopez and Marc Anthony, who were back on dry land after sunbathing on Cavalli's yacht. The Sugababes and Paris Hilton wore Summery dresses, while Gerard Butler went for scruffy style. Naomi Campbell and Mick Jagger also watched Mark Webber win and Lewis Hamilton come fifth. 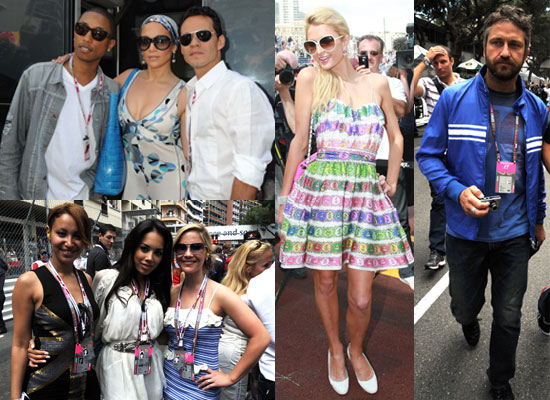