Two weeks ago celebs in New York celebrated the relaunch of Ray-Ban Classic Aviators, and last night famous faces in London were out to do the same thing. Miquita Oliver and Mathew Horne were among the guests at Scala. Little Boots aka Victoria Hesketh and Peaches Geldof both wore bronze sequins to try on the shades and mingle with other guests including bands The Big Pink and New York Dolls. 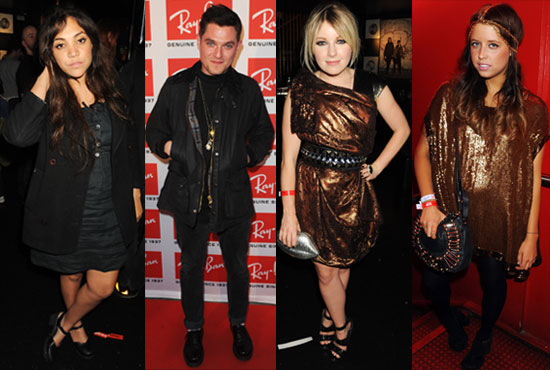 To see more photos from the party, including Kevin Spacey and Les Plastiscines, just read more.