Chace Crawford, Blake Lively and Leighton Meester were out in New York yesterday as they shot more scenes for the next series of Gossip Girl. Chace kept his look casual and low-key with a cap pulled down over his eyes and shades on, while Blake covered up her costume for the day with a black robe. She picked up some food and drinks during her break, and kept her iPad close at hand, though her boyfriend Penn was nowhere to be seen after she hid him earlier this week. Leighton Meester carried a huge bag on set, and is expected to leave the city shortly to head to LA for the Teen Choice Awards, which take place this Sunday. 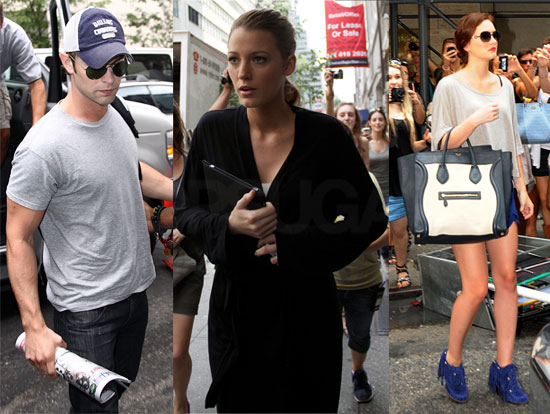