Channing Tatum and Jenna Dewan joined Heather Graham, Jeremy Renner, and Josh Hartnett for the third straight night of partying during the Ischia Film and Music Festival in Italy yesterday. Heather was spotted earlier this week in her teeny bikini by the water with her man, while Josh Hartnett looked hot as ever at an awards ceremony there earlier this week. Sofia Vergara is also in town for the cinematic event, and she's flaunted her own bikini body during her downtime. 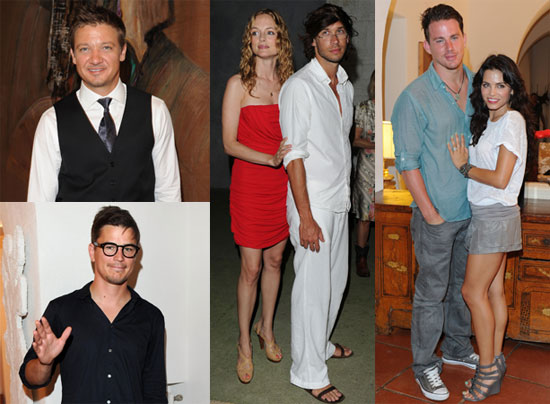 To see more from the film and music festival, just read more.