Cheryl Cole arrived back in the UK in black last night after her flight from LAX in a different outfit. She's rumoured to be leaving The X Factor after this run as she wants to move to the States, and apparently Simon Cowell would like to see her take on a role in the US version. There will reportedly be no UK series in 2011, while the US one is launched, but it will return in 2012 — though nothing has been officially confirmed yet. Meanwhile Saturday's show introduced us to 16 year old Cheryl lookalike Cher Lloyd and a couple of contestants got into a scrap onstage, much to Cheryl and the judges' shock. Are you enjoying this series? 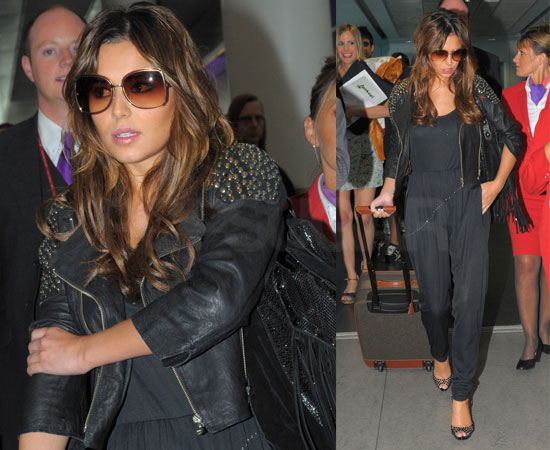