Cheryl Cole went out to Nobu in Beverly Hills on Saturday night, wearing bright coral nail polish as she studied her phone. Earlier in the evening the first episode of series seven of The X Factor aired in the UK, featuring her at auditions before she contracted malaria, so perhaps she was catching up on British reaction to acts like Shirlena Johnson. Victoria Beckham has reportedly refused to lend Cheryl a dress from her collection for an upcoming episode of the live show, as they only sell and do not lend them out. Cheryl's certainly still a style icon as reports say that thanks to her, sales of hairspray have gone up. There's also more good news, as she's also said she's the happiest she's ever been. 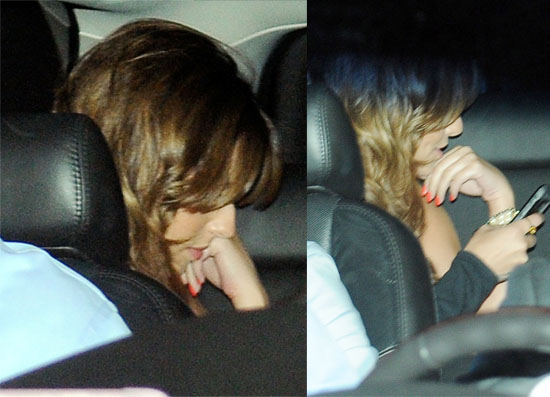