Cheryl Cole spent the afternoon at a recording studio in LA yesterday. She's back to work after spending the last month in America, dining out with Derek Hough while she recovers from malaria. She'll reportedly sing about her experience on her new album, and perform her new single on The X Factor in October. Doctors banned Cheryl from performing for three months, but she's reportedly preparing to film her new music video before she returns to the UK. Katy Perry thinks Cheryl will spend even more time in the US, as a judge on the US version. 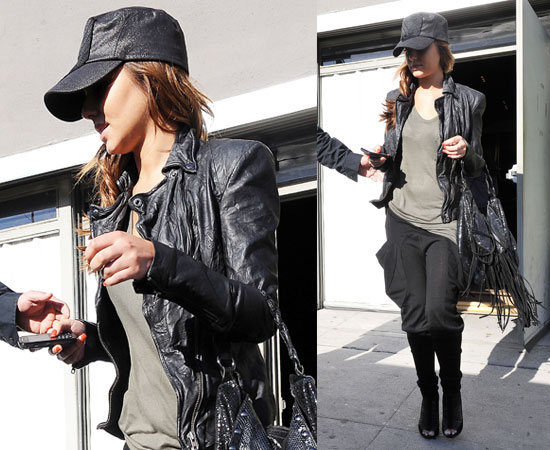