Cheryl Cole was at LAX last night to catch a flight back to London. Cheryl's been in California spending time with Derek Hough and recovering from malaria since being released from hospital. Last night on The X Factor we saw Cheryl come face to face with her favourite auditionee yet — Cher, who sang a Soulja Boy track. Remind yourself of her audition and the pair that had a scuffle onstage by watching the videos under the cut. Cheryl's divorce from Ashley Cole was made official on Friday, and her new single "Promise This" leaked on the same day. It looks like she'll be going head to head in the singles chart with bandmate Nadine Coyle as they're both set to be releasing singles at the end of October. 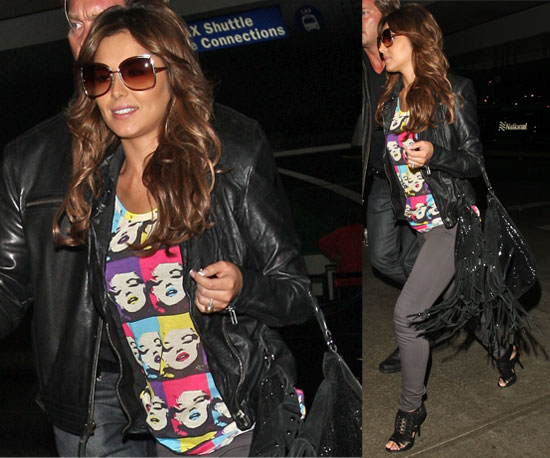 To watch Cheryl's 16 year old lookalike Cher audition on The X Factor, and the duo that came to blows onstage, just read more.