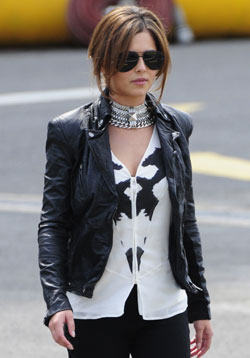 Cheryl Cole reportedly caught malaria during her trip to Tanzania with Derek Hough last month. Yesterday her spokesperson confirmed that Cheryl's taking time off work on The X Factor following her collapse at a photoshoot this weekend. He has reportedly confirmed today that Cheryl has been diagnosed with the illness. It was initially believed Cheryl was suffering from exhaustion. When her health deteriorated, however, she was admitted to hospital. Cheryl will stay in hospital for at least another night, and will need to rest for weeks to aid her recovery. Get well soon Cheryl.