Amy Adams, Mark Wahlberg, and Christian Bale all brought their significant others to this week's LA world premiere of The Fighter. Mark and Christian play boxing brothers Micky Ward and Dickie Eklund in the Rocky-esque drama, which required both actors to go through remarkable physical transformations. Mark bulked up to play comeback champ Micky while Christian slimmed down significantly to portray Dickie, who struggled with crack addiction over the years. The actors also spent lots of time with the brothers as they researched their parts and Christian's track jacket last night promoted Dickie's website. In fact, Mark even invited the duo to live with him at home in LA for a few weeks, and told us he devoted several years to bringing the project to the big screen because Micky's story was one of the most inspirational he's ever encountered. Check out today's PopSugar Rush for even more from the red carpet! 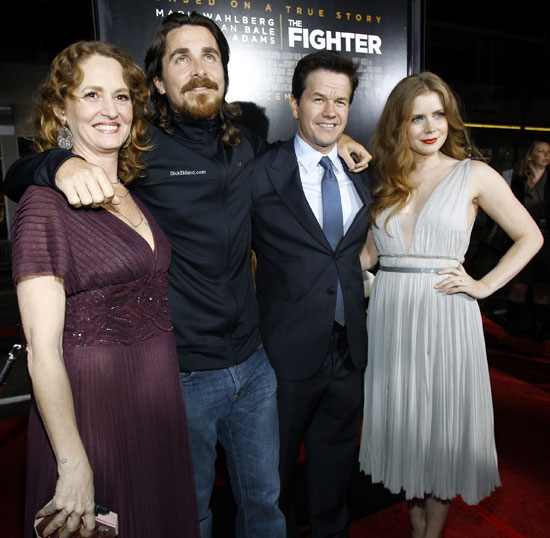 To see more pictures from the premiere, just read more