Clive Owen was the centre of attention in London on Monday as he hosted a viewing of the 1957 Tony Curtis film Sweet Smell of Success presented by Tod's. He introduced the movie on a stage next to a few pieces from the brand's luggage line, then proceeded to the afterparty to mingle with lady friends like Ella Krasner and Melissa Odabash. Clive is between big screen projects at the moment, which apparently has given him enough free time to focus on his promotional endeavors. He's lately been making the rounds in Spain on behalf of his partnership with Chivas whiskey, hosting an event for them and stepping out for an awards show they sponsored. He's also tied up as the face of Bulgari's men's fragrance, though that gig seems to keep him most busy during Fashion Week. 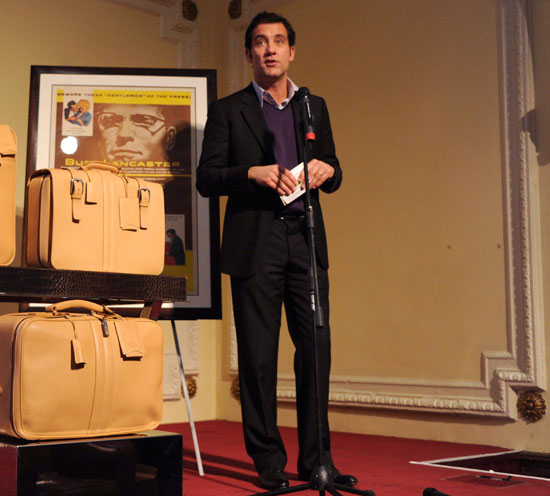