Coleen Rooney is in Prague to film another TV ad for Littlewoods at the moment, and her husband Wayne Rooney joined her for dinner last night. Coleen was on the phone as they got out of the car, while Wayne followed a short distance behind. He allegedly slept with prostitutes while Coleen was pregnant with their son Kai, but the couple seemed comfortable together as they returned to their hotel. Kai is at home with Coleen's parents for the four days they'll be abroad, which Wayne apparently hopes will be a second honeymoon. 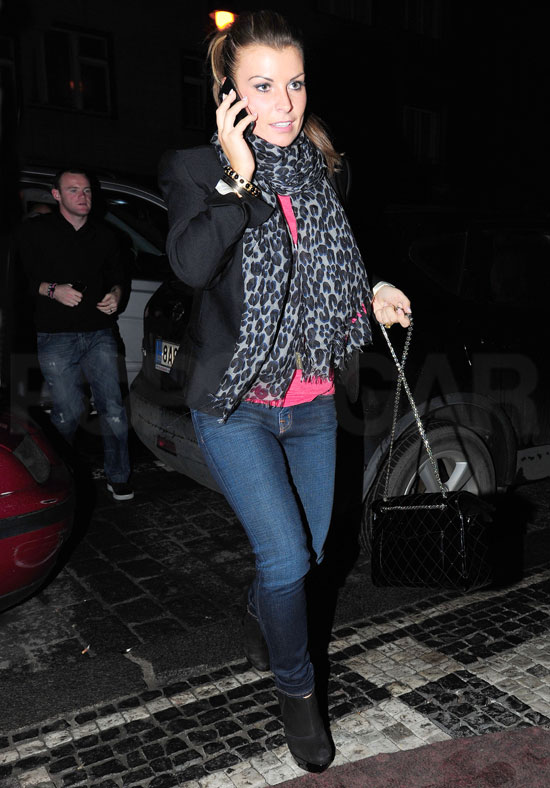