Coleen Rooney was spotted in Liverpool yesterday, unpacking after returning from a holiday in Majorca. She took the break with her hubby Wayne and their baby Kai, whose pram she was spotted taking out of the boot of the car at her Mum's house. She looked glam at Aintree last month, but was looking more casual and relaxed for family time. Wayne's spoken about how fatherhood has changed him, saying: 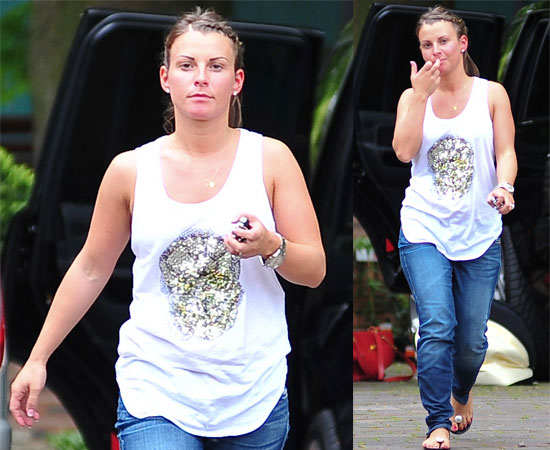 "...it has just added something different to my life in a great way. It's different and hard work, but a great feeling. Now I have someone to look after and I just want to be with Kai and Coleen as much as possible. I don't go out clubbing very much any more, maybe only a couple of times a year. I'm now in bed by 10:30pm, it used to be 1am."