Coleen Rooney was spotted in Manchester yesterday attending the Black Eyed Peas gig at MEN Arena with some friends. Hubby Wayne was on the pitch playing in the England friendly against Mexico last night, but Coleen decided against watching his football match and went out to support Cheryl Cole who's performing with BEP during their European dates. Coleen dressed up for her girls night out, wearing some huge earrings along with her big smile. 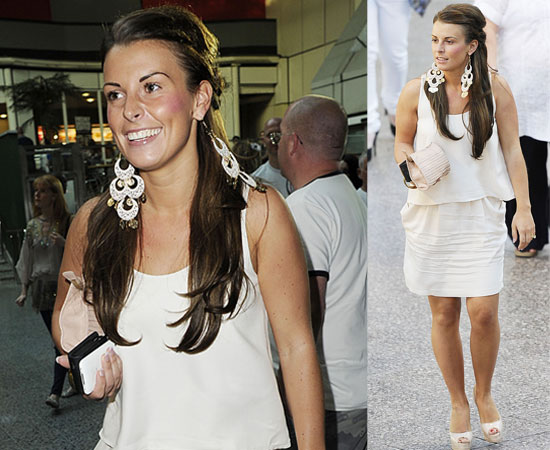