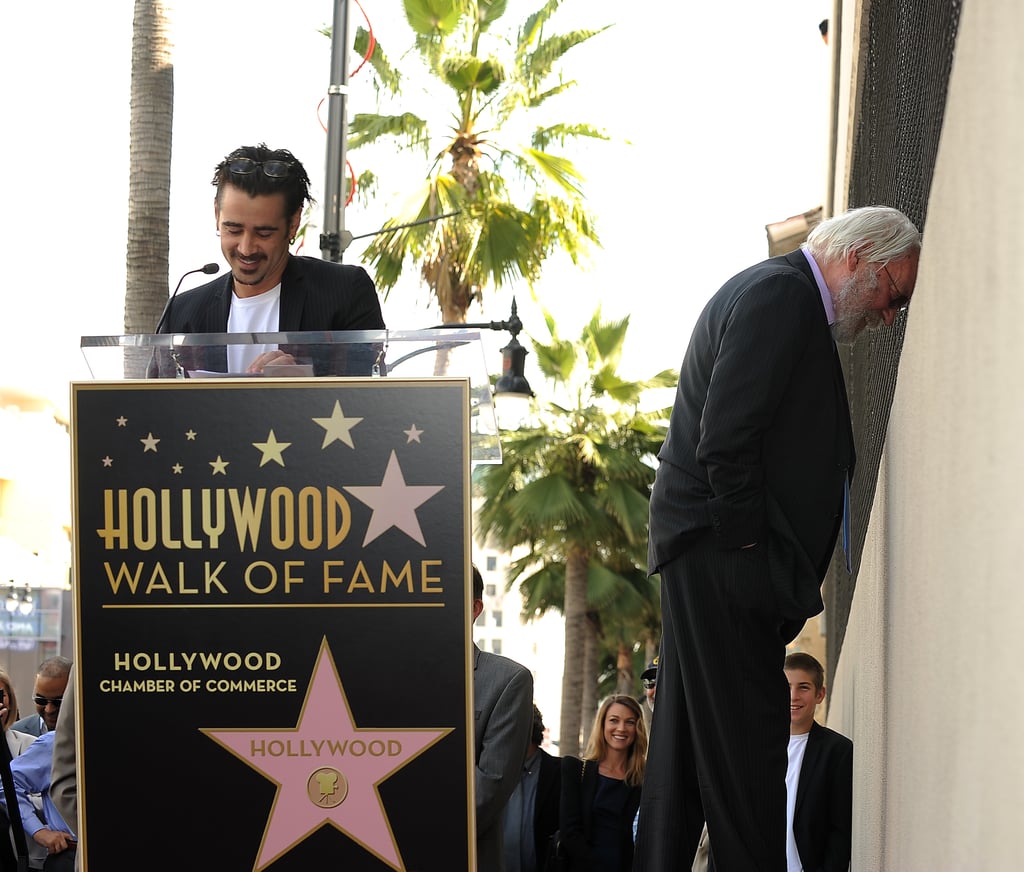 Donald Sutherland unveiled his star on the Hollywood Walk of Fame yesterday, and his costar in Horrible Bosses was on hand to introduce him. Colin seemed to get everybody laughing during his speech, but he also read out a sweet message from Donald's son Kiefer, who couldn't be there for the occasion — "I selfishly wanted to be there to simply tell you how proud I am to have you as my father and how even more proud I am to be your son." Meanwhile Donald joked that at his age it was better to be receiving that 'stone' rather than a headstone, and became the 2430th star on the streets of LA. Another Colin picked up his own star last week, Colin Firth was proud to unveil his own star.