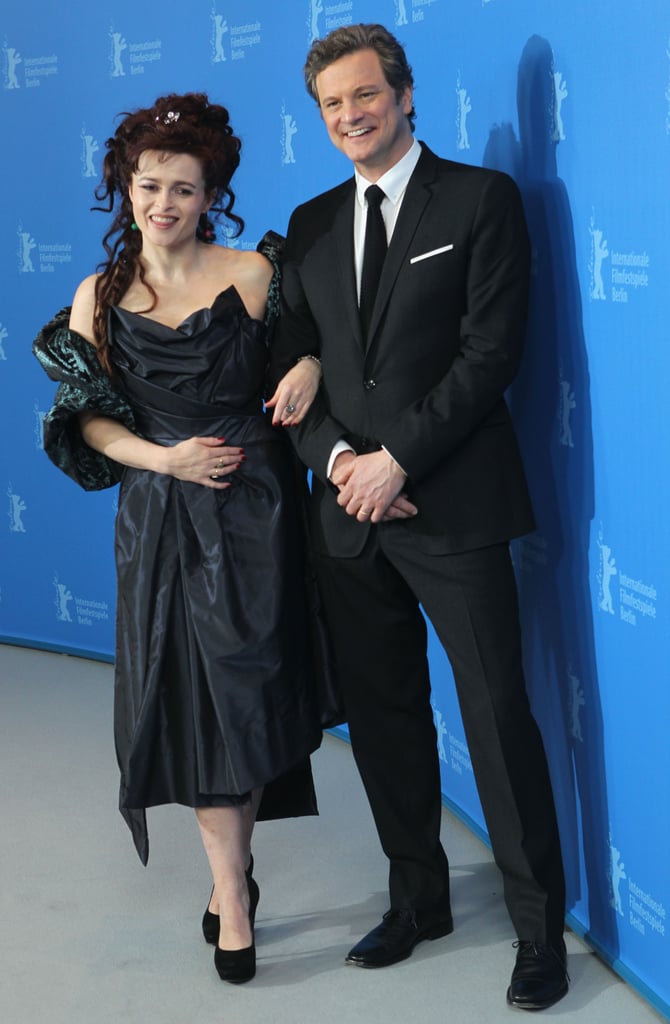 Colin and Helena Take The King's Speech to Berlin

Colin Firth and Helena Bonham Carter giggled together at The King's Speech press conference and premiere at the Berlin Film Festival yesterday. The costars are fresh off their success at the BAFTAs, where they both picked up acting awards and their film received seven gongs. They're gearing up for the Oscars, and Ellen DeGeneres gave Colin some underwear to bring him luck! Both actors have exciting new projects coming up: Colin in Stoker with Nicole Kidman, and Helena in Tim Burton's Dark Shadows with Michelle Pfeiffer.