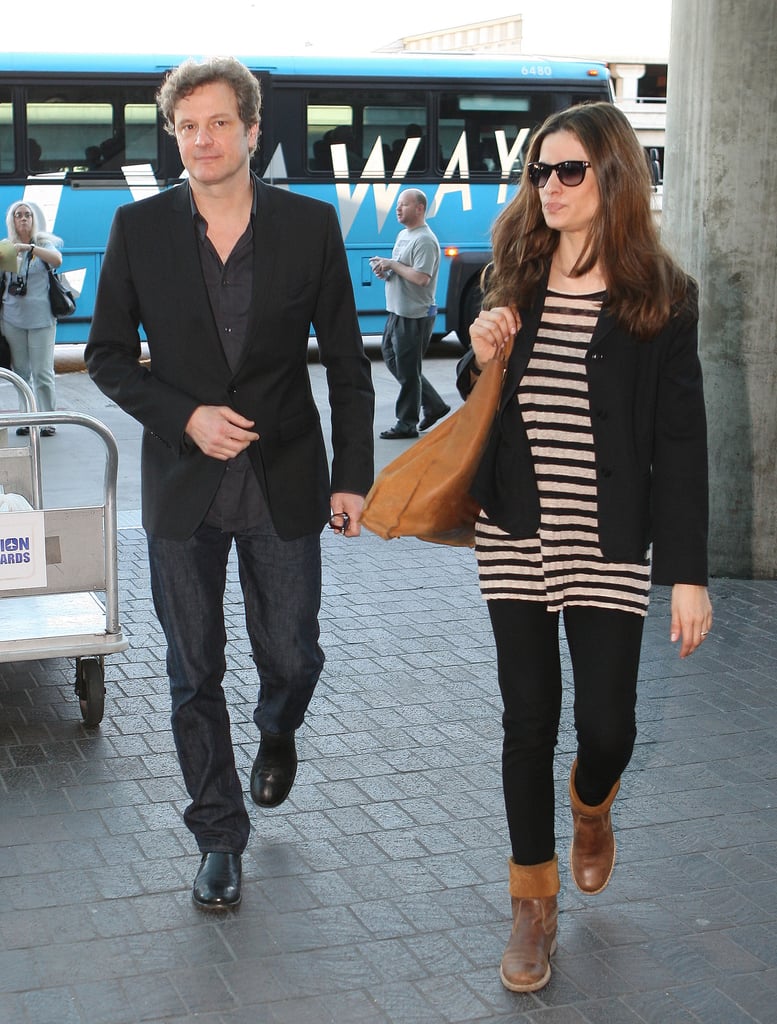 Colin Firth flew out of LAX with wife Livia Giuggioli yesterday. He's had a successful stay in LA, racking up awards at the Golden Globes and Critics' Choice. Colin kicked off his weekend by receiving a star on the Walk of Fame. His role in The King's Speech has also earned him a BAFTA nomination, and we'll find out how he fares at the ceremony on Feb. 13.