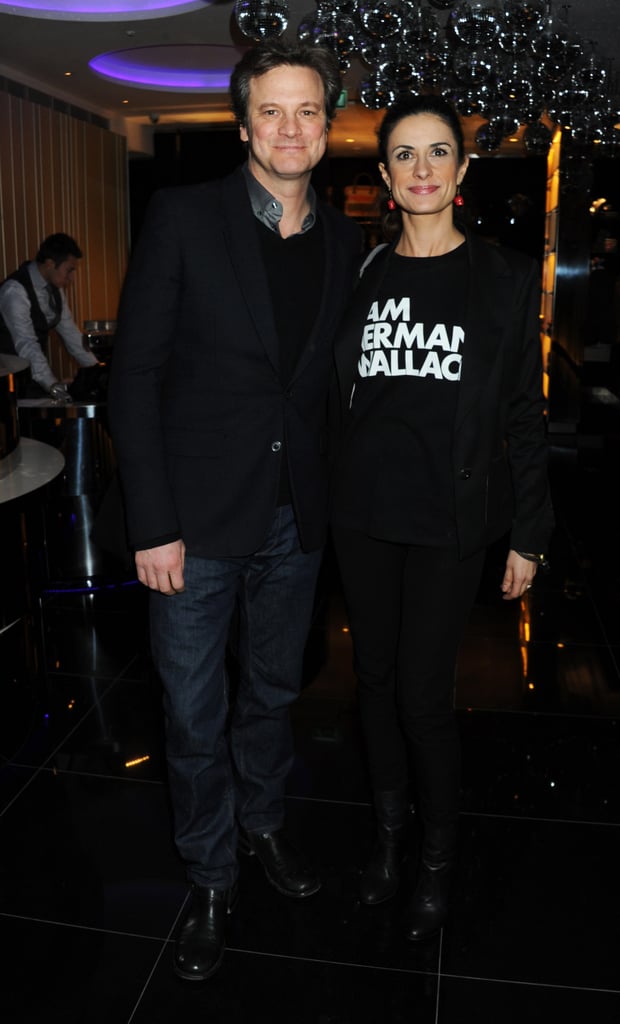 Colin Firth and wife Livia Giuggioli attended Vogue.com's 15th anniversary party in London last night. Livia also posed with Lily Cole, Laura Bailey, and Dolly Jones at the fashionable bash. Colin has been winning accolades throughout award season for The King's Speech, and his success has reportedly put him in the frame to play Professor Henry Higgins in the remake of My Fair Lady, which will reportedly also star Carey Mulligan as Eliza Doolittle. The movie has gone through various recasting, including Keira Knightley withdrawing from the main female role, but if Carey and Colin get on board it will be shot next year.