The Cosmopolitan Ultimate Women Of The Year Awards were held at Banqueting House in London last night. Fearne Cotton hosted the ceremony yet again and also picked up the Celebrity Who Made Us Care award. Other winners included Alexandra Burke, who was named UK Music Star, and this year's Fashionista Nicola Roberts. 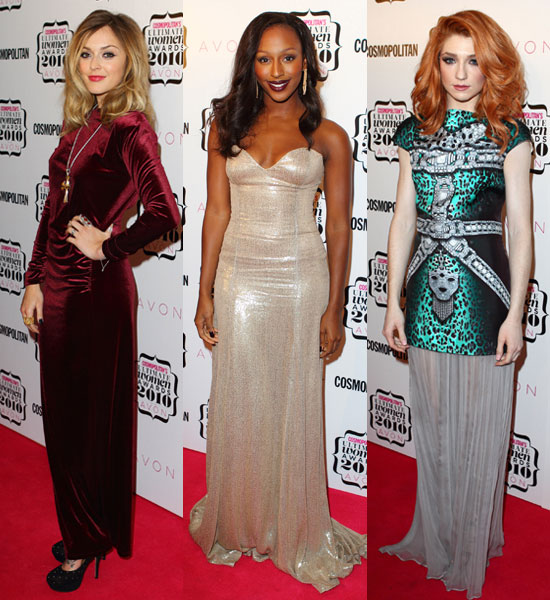 Last year Denise Van Outen was pregnant on the red carpet, and this year Myleene Klass showed off her baby bump. She wore black, as did TV Presenter of the year Christine Bleakley. Karen Gillan wore her hair in a plait and was named UK TV Actress. Stay tuned for pictures from the press room and afterparty, and click through to see loads more arrivals! 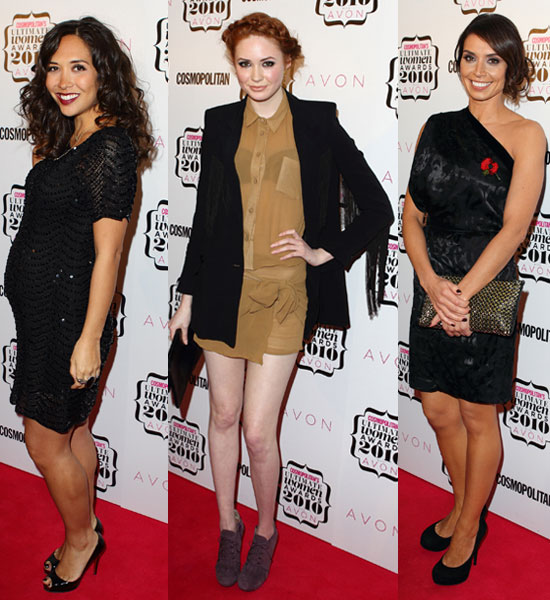 To see the full list of winners plus more pics, inc. Kelly Brook and The X Factor, read more.