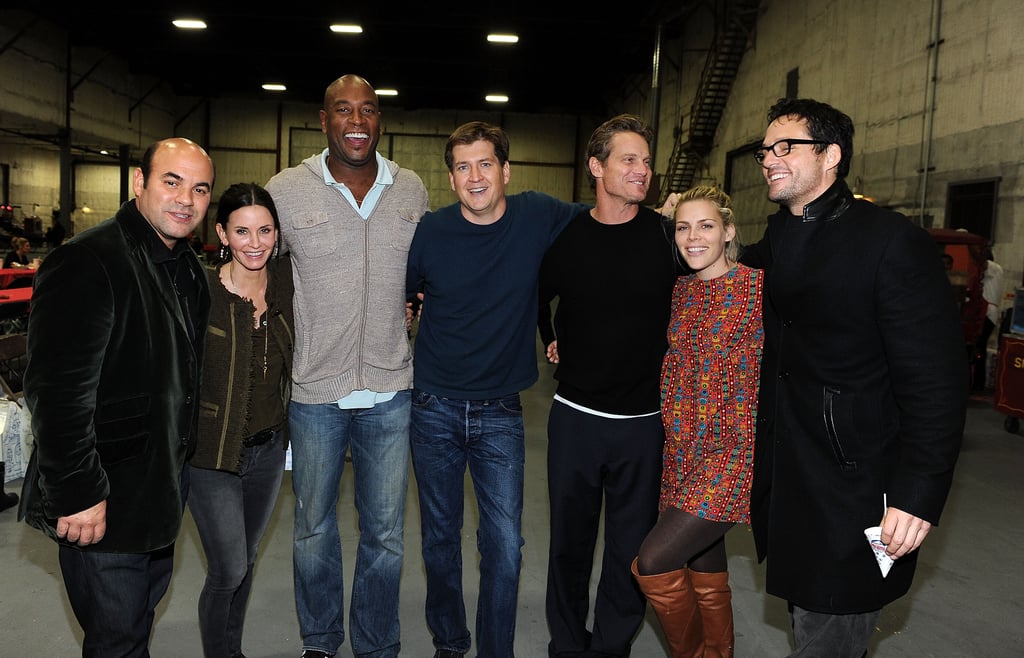 Courteney Cox and the rest of the Cougar Town cast and crew threw themselves a holiday party on the Sony lot in Culver City this week. Ian Gomez and Courteney took turns riding an oversized, inflatable slide, while Dan Byrd chowed down on a burger. Jules and Laurie were among Buzz's best platonic TV duos to round out a banner year for one of our favourite shows. We also loved the Friends reunion with Jennifer Aniston, though the series is on an extended hiatus so their other costar Matthew Perry's new comedy can make its debut. There were also major changes in Cox's personal life and her surprising split from husband David Arquette is one of our biggest headlines of 2010.