Cristiano Ronaldo and Irina Shayk shared a joke as they watched Spain play USA in a basketball match at the Caja Magica pavillion in Madrid yesterday. The couple sunbathed together in NYC last month, following the revelation that Cristiano is a father. Speculation about the baby's mother followed, including new claims she's a British teenager, but Cristiano remained tight-lipped. He has commented, however, on rumours he's sent texts to Rhain Sugden, the glamour model Vernon Kay exchanged sex texts with. Cristiano said: "Another weekend and some more unnecessary press. If you want to know me, trust in what I write, not in all the stories written every day. I don't understand the need for this." Irina has spent time in the public eye solo at film screenings, while Cristiano has got shirtless on the football pitch, but they came together this weekend to show they're still going strong. 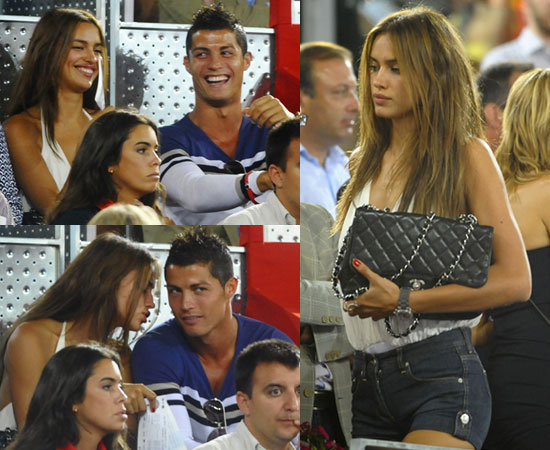 by Chanel Vargas 45 minutes ago