Cristiano Ronaldo had lunch at Da Silvano Restaurant in NYC yesterday. Following his surprising revelation over the weekend that he has a baby son, speculation has begun about the child's mother. Cristiano's boy is under his exclusive guardianship, leading to suggestions he paid an American surrogate to carry the child. There are also claims the mother could be a Danish heiress he met in Madrid. His sister has said the baby has made her brother "very happy". He was reportedly born on 17 June and weighed 9lbs 8oz. Becoming a father has given Cristiano an even greater interest in the rights of all children. He has signed up for for the 1GOAL Squad, which he describes on his Facebook page as "a team of footballers and fans united this World Cup for the greatest goal of all: Education for every child". 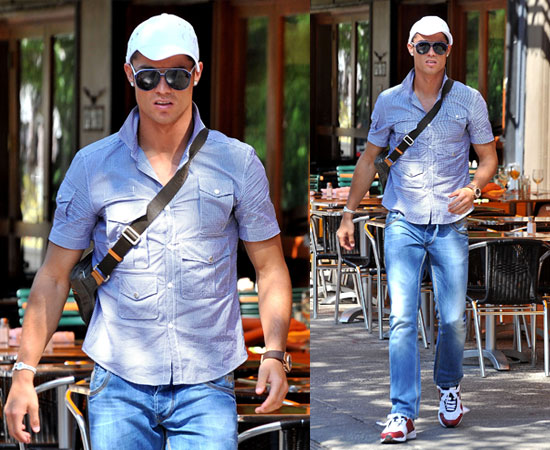