Cristiano Ronaldo showed off his impressive physique and painted toenails as he hung out with his bikini-clad girlfriend Irina Shayk at a pool in NYC yesterday. Following his surprising announcement at the weekend that he has a son, there has been much speculation about the mother. His sister Katia is staying mum on that subject, but she has revealed the boy's name, saying: "The baby is doing very well. We are looking after him while Cristiano is away. He's called Cristiano just like his dad. Cristiano chose the name but we like it. He looks like his father and like me. He has the same eyes. We don’t know the mother, we never met her." Cristiano reportedly plans to expand his fashion boutique CR7 to include babywear. 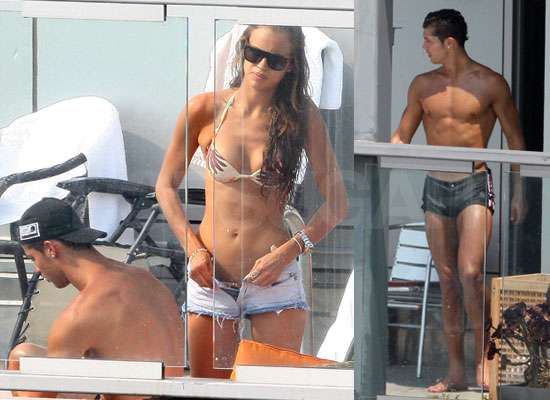