Daniel Radcliffe was full of smiles as he opened the first UK screening of Harry Potter and the Deathly Hallows at Movie-Con at BFI Southbank on Saturday. The promotional work is just starting for the Harry Potter cast, with magazine covers and events to mark the 100 day countdown to the release of the final film. Dan was joined by Rupert Grint and Tom Felton for the wrap party, but he's made no more public appearances with his new girlfriend Olive Uniacke since we spotted them strolling in London earlier this month. At the Movie-Con event on Saturday, Dan chatted with Empire Online about the film. Here are the highlights: 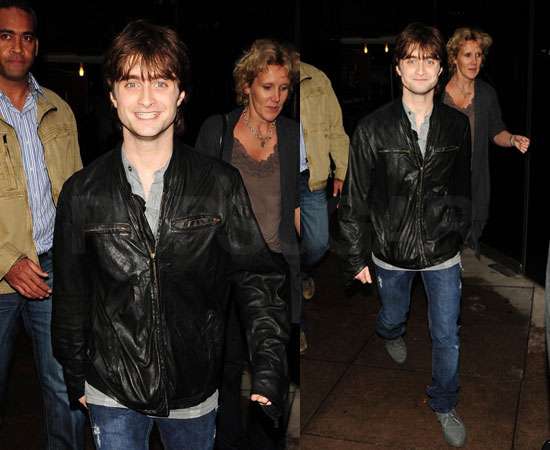