Rupert Grint, Emma Watson and Daniel Radcliffe filmed Harry Potter and the Deathly Hallows in the countryside near Stevenage over the weekend. Dan and Emma were together last week to collect a gong at the National Movie Awards. We've seen them shoot scenes at the seaside and in London for the final two installments of Harry Potter. The series of films has made them millionaires, and the gang have spoken about their sadness now it's coming to an end. Fans will at least have The Wizarding World to visit after the movies are over. 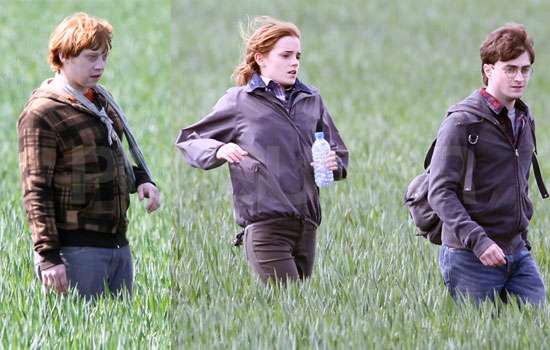