The stars of Harry Potter gathered at Leavesden Film Studios over the weekend for a wrap party. Daniel Radcliffe waved as he arrived, and there was no sign of his new girlfriend in the car, but as she worked on the last movies Olive could have joined him inside. Rupert Grint and Tom Felton both drove themselves to the bash, and David Thewlis brought Anna Friel with him to celebrate with his costars on the fairground rides outside the studios. Newly cropped Emma Watson has been busy with promo for Harry Potter and the Deathly Hallows in NYC, but she'll be reunited with the gang soon as they take their final films around the world. 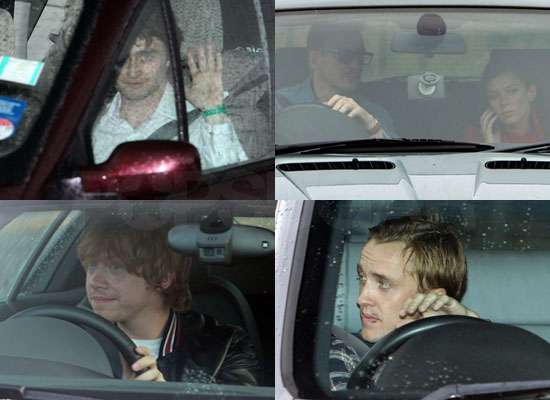