David Beckham took to the skies with England's 23 man World Cup squad yesterday. The team posed on their plane at Heathrow, and Wayne Rooney brought his own pillow for the journey! Becks flew in from LA the day before, but he'll be able to stay in one country for a while in style. He's still in demand despite his injury, with West Ham wanting to sign him. 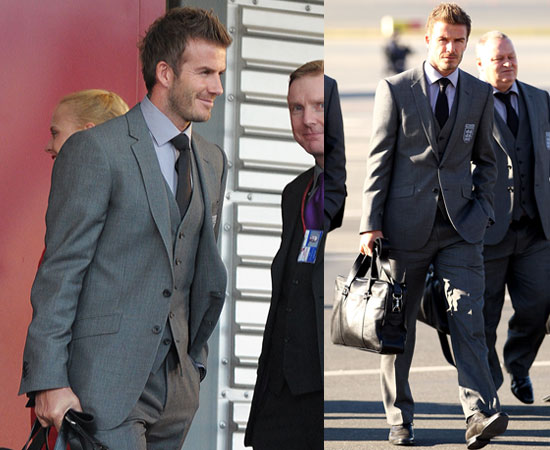 To see more pictures of Becks and the squad, just read more.