David Beckham had his knapsack on his back as he left Heathrow Airport yesterday. He spent the weekend in Afghanistan visiting British troops. Becks will be travelling again soon, as he will head to South Africa to help the England squad during the World Cup. Fabio Capello has revealed David won't have a coaching role but will stay with the team. Capello also expects David will perform duties related to his position as ambassador for the 2018 World Cup. 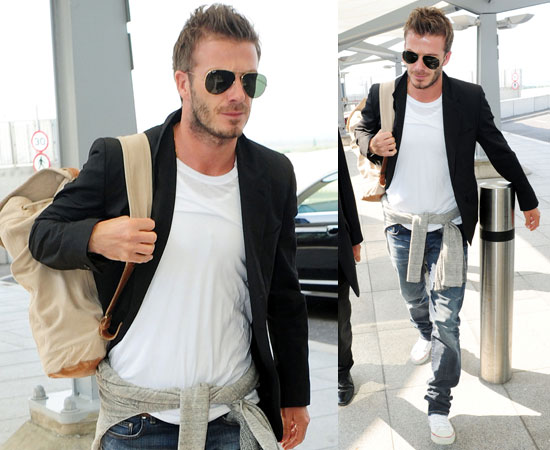